Categories: All Products, Food and Drink, Juices and soft drinks

An unmatched taste, zero calories, no sugar, sweetener from the stevia plant and caffeine from green coffee beans! (This is why we are called Green Cola by the way, in case you were wondering)

Why is it awesome?

Green Cola is the result of years of perseverance and passion in a quest to make a truly great tasting, zero sugar cola without loading it with unwanted chemicals, additives and preservatives!

We believe that you should be able to enjoy a delicious, refreshing cola, without having to compromise on a healthy lifestyle.

Starting in 2012, we worked tirelessly with our developers and dedicated nutrition experts, and through painstaking recipe refinement (and literally thousands of attempts) we have removed the chemicals found widely in most low calorie soft drinks. One by one. And each time, with the strict rule of ‘No sacrifice on Taste!’.

Today we are extremely proud to say that Green Cola has NO sugar, NO aspartame, NO phosphoric acid, NO preservatives, is naturally sweetened with Stevia and even the caffeine in our cola is natural, sourced from green coffee beans!

And it truly is great tasting! So much so, that in 2015 Green Cola was awarded New Product of the year in Greece, where it all started, and has become the preferred healthy cola choice for millions of cola lovers around the world.

Awesome.wales is a Zero Waste Supermarket 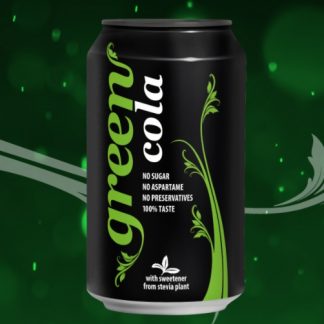 Free delivery for orders over £30, in the Vale of Glamorgan or click-and-collect (minimum order £10) Dismiss